Have you grown up, lived, found work, made good friends and REMAINED in the SAME city all your life? Have you never desired to explore another country or had wanderlust? Besides taking a short vacation outside of your city have you ever wondered why you are stuck feeling the same and accomplishing the same goals?
What does security mean to you? Do you place financial stability, workplace stability above romance or exploration? Some people are dedicated to their work. They feel strong passion about being seen in a certain light. They maintain a high profile job and they keep their appearances up but eventually their shine is gone. Eventually they find that after a series of broken plans with their beloveds there isn’t anyone around them anymore that they can truly count on because they did not participate in life like they should have.
It’s hard to find balance. Balance to me never existed. I have grown up mostly in the city of Chicago and its nearby surrounding suburbs but something that was a “constant” in my life was the need for change and travel.
I started traveling by myself at the age of 17. I will never forget it and neither will my ex drama teacher! I was new to the drama club but I was all about fitting in until I realized that I was going to be shunning and treated “differently” by all the other drama club students when we all went on a trip to New York city to enjoy the sights and Broadway shows as part of a fun getaway.
I attended Niles North High School and somehow I just never really “fit in”. While other kids were diving into sports or the chess or swim team my only real goal and desire was to walk or take the bus over to the Oakton Street Public Library and kill my time reading metaphysical studies. I had more fun being by myself and reading up on history or the paranormal than I had interacting with teens in my own age group. I guess because I was an only child I just found it more natural to spend most of my spare time with my mother and her adult friends. They certainly were much more interesting and I valued my mother’s friends guidance and life stories far more than I enjoyed being harassed or ignored by my peers.
During the New York city field trip we went to the United Nations and I ended up meeting a wonderful young woman who may have been five years older than me and she asked me questions about my time in New York. There was not much for me to tell her other than I was brand new to the drama club and sadly the group found it unfair that I was somewhat of an intruder since I decided to accept the teacher’s invitation to travel to New York city. I suppose they kids were angry with me because they felt a trip to New York should be “earned” by hard work and I was a newcomer and had not won any major roles in any of the drama club’s school plays. The lady really sympathized with me when I told her I loved New York but I felt like an outcast and I was being teased and alienated from the group. She and I came up with an idea. She said she had a roommate in Brooklyn who was Persian. She said if I was curious she’d make sure I got my flight on time the next day and if I did not mind her roommate Habibe she would love to share a good time with me on my last full day and night in New York just so I could finally enjoy the city.
She and I had some similarities so I grabbed her by the arm and found my drama teacher from the crowd. I gave him a glowing smile and he seemed genuinely pleased and relieved that I had a friend with me. I told him “Juliette” my cousin from Brazil works at the United Nations and I had no clue that I’d bump into her today. I asked if there was any way I could spend my remaining time with my “cousin”. It worked. I was pretty convincing and to be honest my drama teacher kind of figured I was getting worn down from the harassment of being an outcast in a sea of hostile students that really did not want me there. He gave me an affirmative yes and hugged me.
During that instance I started following my heart more. I learned it’s always better to lead from your heart than your head. I fully trusted this complete stranger and she showed me the sights of New York and Brooklyn and most of all introduced me to New York style pizza. I felt so at home with her and when I met her roommate she had a hard time separating the two of us so Habibe and I spent all night talking and I swore I was “falling in love”. Early in the morning Habibe took me with him to grab some breakfast sandwiches at one of his favorite delis in New York and I swear to you everything was so magical and I was sad to leave him so we hugged each other goodbye and I barely missed the drama group. I returned late and found out the kids in my room had packed my luggage for me. I decided to tell the group the truth a few days later when were all safe and sound in Skokie, Illinois. Of course they were outraged probably not at Me but I think they were genuinely upset not with me but with themselves that they never left the group and never left their pack mentality.

When I get homesick for another city there is a reason why. Deep down inside I think we have a yearning to grow and expand. We have to challenge ourselves as humans. I have never regretted a trip nor have regretted failed relationships or experiences in a strange city. I could trace back in time and correct all those mistakes but I would not be the same person today.
I want to ultimately be free. I want to share and expand and nurture and cuddle. I want to excell at what I do but not compromise my need to explore and grow. I am here now in Boston. Do I regret it? Well a part of me is kind of worried and concerned because this has been the very most difficult city for apartment seeking and there are very high standards here with regard to credit score and what you do for a living.
I guess I could kick myself for not having a firm game plan before I even got here but that would have taken some of the fun and thrill out of learning to adapt to my new environment. I have been diligently seeking an apartment since I got here but also setting up sacred space and walking my beautiful dog everywhere from Cambridge to the North End and Beacon Hill. I try not to be “robotic” but even I sometimes fall into the pattern of “routine”. I still miss Chicago greatly because to me Chicago is very “livable”. Chicago is the most walker friendly city in the country along with New York city so yes since I don’t drive a car I have had to take a few taxis here because sometimes I get lost here and get off at the wrong train stop. I think Chicago has a lot to offer but I also have some very sad memories of people I loved that died too early and some of my more favorite clients moving out of the city for other job opportunities. I think I chose Boston because of the sunlight, the opportunities for growth and the diverse group of Europeans cultures that all share the state of Massachusetts. No matter where I walk I see super achievers. I see students walking at a very clipped pace making noises with their heeled shoes urgently trying to get someplace in time. Everyone here seems to have a “purpose” or inner compass or direction. I love the ambition I see. I love the determination and the free style flow that everyone seems to bring to this city. I just wonder to myself are they completely satisfied. Do they hold a key to happiness in their seeming self knowledge or are they burying their emotions and sticking to a “game plan”.
I am here in Boston (for now). I decided that I will be open to the feedback and opinions of others. I will use my voice to the best of my ability so people understand me without being combative. I am open to seeing their city from “their eyes” and maybe I might learn something new or maybe I will uncover pieces of me and reexamine what things I can’t live without and whether or not I can establish a stable tantra yoga practice here and still respect myself and instill trust and not fear.
My best advice to anyone is travel. Go away the work will still be there; your true friends and clients will still be avidly awaiting your return. Go travel, conquer and grow! 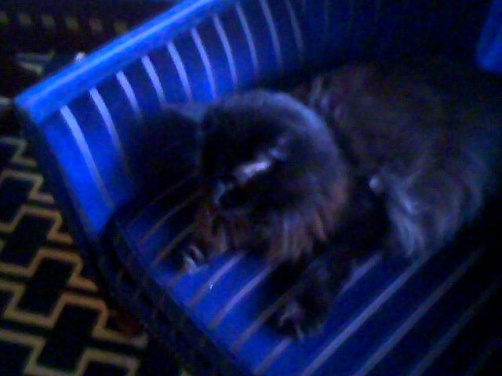