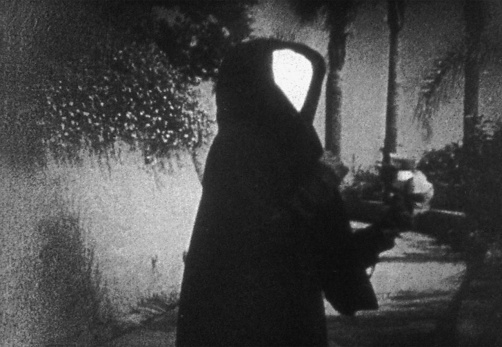 I promised I would write a brief essay on a couple of experiences I had with clients who did actually go into a lucid/dream trance and were able to coherently share bits and pieces after our session so we could both enjoy the story of their “whereabouts” in the astral plane!

The first incident and the most profound took place during a trip I made to visit San Diego, California a few days after my mother died of cancer. At the time I was living in New Orleans and visiting my mother once a month in Chicago while keeping my client base in Chicago. I decided to visit San Diego and walk along the ocean and I attracted one individual who said he’d always wanted a session with me and was following my website for a long time but we were never in the same city during his business travels.

He admitted to me that he practiced yoga and meditation for a long time now and he enjoyed vision quests, transcendental meditation and tantra yoga was now part of his path so he told me he was very comfortable with me exploring his sacred spot and to feel free at the end to do this since he had no boundaries and was excited to try anything.

I had some beautiful music and in the background a man was taking you on a journey to the depths of the earth and you could hear sounds of the cave and dripping water from caverns.

At the end when I was triggering his sacred spot I noticed he actually convulsed steadily and his eyes rolled back till all I could see were the whites of his eyes. He was no longer with me and I did not know how to pull him back in but I figured I would just let him ride and not panic. After his eyes were rolled back for a considerable time he spoke in an Ancient language that sounded like Ancient Hebrew or Aramaic but it was incredibly real and lovely to listen to. Again I refused to panic and I just held the space for him to do what he needed to do.

Finally after he was triggered into full body orgasm he came back to me gradually breathing deeply and I asked him if he remembered speaking in tongues.

He looked blankly at me and said he had no recollection but could I share with him what he was saying. I said I can’t translate ancient hebrew but it was beautiful like a reverent chant and I really was not sure of the language origin but it was pretty so i was not scared.

He did say he had visions during his awakening and he said it involved two different goddesses. The first Goddess that encountered him danced around him in circles and she had a gold body and long, blood red hair. She danced and left. The second Goddess was the white goddess and she had long, silver hair and as she danced around him he realized she was going to become famous and author many books on tantra yoga.

I did not know what to say but I thanked him for sharing his story with me. I do know one thing with regards to tantra yoga. If a student comes to you with a pre knowledge of proper breath and the yoga postures then he or she will have a more profound experience rather than just telling you they felt some “heat”. He obviously trusted me enough to go into the astral plane and just zone out there for a while so I was very grateful to be a witness to his journey!

My second experience with astral travels occurred years later in the city of Chicago. I met a really nice, slightly out of shape man with a huge teddy bear heart. He was just so open and caring and when he arrived at my apartment he hugged me and he kept saying repeatedly that he felt like he has known me forever.

He also gave me permission to work with his prostrate and again I noticed he got very quiet at me towards the last half hour of our session. We were still together and I could still feel his energy near me but somehow his breathing became much heavier sounding and when it was again time for his full body awakening his entire body became electrical like a wire overflowing with energies. I did bring him back to reality and I encouraged him to speak about his journey.

He told me he saw the two of us in a very dark room, dimly lit only by the light of candles. He was wearing a heavy ceremonial crown upon his head and he felt the vibe was joyful and festive rather than being sombre. He knew for a fact we were together enjoying a joyous occasion in Ancient Egypt. I was so excited to hear this and I wanted to know what I looked like because when I participated in a DNA activation ceremony in Boulder, Colorado I heard a song of the Goddess Isis during my activation ceremony so I knew I was of her DNA lineage and she had importance to me.

He said it was too dark for him to see my face clearly but he knew it was me from my energy and my vibration. Well you can’t believe how excited I was to share this experience with a new client whom I had never met before! I felt deeply grateful that he was able to remember such detail as he traveled back into one of his past lives with me.

If anyone needs to know why I am so passionate about assisting people with the Sacred Sensual energies I think it is the unknown and all the wonderful unexpected surprises you can find and feelings of deja vu when you meet new clients who seem familiar to you on your path.

It takes a strong sense of self to put yourself in such a vulnerable and open position and if you can let yourself zone out and can fully trust your body takes you places and your spirit tunes into Universal flow so easily and so readily. Being receptive to these sexual energies is a gift and involved maturity, trust, joy and complete openness. One thing both of these men had in common was inner joy and a blind belief in the miracles of energetic healing. Both men trusted me with their sacred energy implicitly without holding anything back and without any cynicism.

If anyone wishes to learn more Sacred Spot Massage there are wonderful authors everywhere on the internet who compile a collective of stories but you can only “conjecture” when you read a book. If you are brave enough and willing to let go then I welcome you to take your first step with Sacred Spot Massage and we can go as slowly as you need working within your comfort zone and your boundaries.

Please visit my site http://www.tantrabutterfly.com and if you feel ready and if you do feel a connection to me I would be flattered to be your first Tantra Muse on your new path to self discovery and greater body awareness. Your third eye takes it’s own sweet time to awaken and Sacred Spot Massage assists you in your awakening process with gentleness and arousal of all your erogenous zones.