Today is Father’s Day but I don’t miss my biological father who physically kicked my mother in the stomach when she was carrying me in her womb. In fact I still don’t respect my own mother who is also deceased because what kind of mother remains married to a man who would attempt to threaten the life of her unborn child?

I’m posting this information not to garner any sympathy but to help people understand that not all of us here had desirable childhoods or pleasant memories of our parents during these traditional Hallmark card American created Holidays.

I’m not even a tad bit sentimental or regretful today because both my parents failed me and they were in a sick codependent relationship with one another and when my mother found out my father was schizophrenic she was even considering an abortion and deeply worried that I myself would develop schizophrenia like my father since it is after all hereditary.

Well my father had a complete nervous meltdown when my mother became pregnant and she told me he had kicked her hard then spent several months in treatment in the hospital for his mental condition.

Medication and talk therapy can only do so much for anyone suffering from delusions and I knew my father became a completely different person when he got angry with me or my mother. You could literally see his dark, black pupils become so enlarged his brown eyes became pitch black and he no longer looked human.

My father was very abusive to me…I have good memories of him when he showed genuine compassion towards me but his cruelty outweighed anything good he showed me and If I could go back in time as a young child I’d love to relive all those scary instances but ideally I would have left my home physically and spent more time outdoors or at the library and escaped his blind rages.

Not every father is ideal for the position of parenting so only a handful of lucky people out there had good, healthy relationships with their mothers and fathers. At the very least some of us as children were blessed to have a good role model either in the form of an uncle, a teacher or a close family friend.

I myself spent a good part of my childhood and puberty hiding in fear from my father who was not only diagnosed with schizophrenia but truly possessed by demonic entities. I’d love to understand what on earth I must have done in a previous incarnation to deserve such a frightening childhood but I know it shaped my character and made me a more sensitive child more empathetic than my peers.

I remember also being bullied by children my own age from five years old to age 16. At times I’d defend myself and the children would eventually learn to steer clear of me if I decided to defend myself properly. Most of the time I didn’t do anything to defend myself and I’d just cry quietly to myself at home. If my mother found out I had been bullied she usually didn’t have sympathy for me at all; in fact she genuinely became angry at me and wanted to know how I could let any of these peers take advantage of me or beat me up.

I learned to avoid and isolate myself from children in my school and at times I’d fight back when enough was enough and I had had my fill. I certainly didn’t mind fighting back and I at times learned how to adequately defend myself from my father’s tantrums and misdirected anger.

I never celebrate Father’s Day here on my Facebook wall but I know it’s a special day for at least a few blessed people out there in social media who knew what it felt like to be deeply loved unconditionally and respected by their fathers.

I leave this here on my wall not to garner sympathy but to help others understand that we don’t all celebrate this Holiday. Some of us don’t to this day understand why we ended up with the parents we had. I know a psychic reader I hired last year acknowledged to me what I had already known. My father was indeed a Channel for Spirits…all Spirits even Malevolent Spirits. He couldn’t control what he received so the doctor’s misdiagnosed his clairvoyance and prescribed him with pills and other medications that no doubt made his visions that much worse and skewed his reality further.

My parents were VESSELS …they were important in that they brought me here. I’m alive and I myself am clairvoyant and clairsentient and clairaudient. I know how to ground my own energies and I’ve never allowed any entity to ” take over the steering wheel ”

I can filter what it is I wish to receive and I function well on my own independently . I truly do not desire nor crave anyone else to “compliment” or “complete” me. I’ve had so many things taken from me but I’ve endured it and I’m content. I would never refuse genuine help if it were offered up to me but I learned the hard way that help is rarely offered unless there are “strings” attached.

My upbringing made me more sensitive and strong. I learned not to expect too much from anyone and I learned as I got into adulthood that people you date can abandon you when you need them the most especially if you let your guard down and bared your true feelings to them.

Anyone can disappoint you at anytime. The key to being truly happy is self reliance, self respect and unconditional self love. You must be there for yourself and learn to hold your own hand during the darkness.

By the way I do not give readings to anyone.  I sometimes might give my clients advice and pick up information they may need to hear from their Spirit Guides or “higher power “; but I don’t want to “probe” anyone I don’t know personally and interfere in their journey.

My psychic abilities have lead me to understand that I should place complete faith in myself first because of my own bodily signals or slight panic attacks.  I learned from firsthand experience that if I do not honor my own intuition I will be misled or reap the consequences of being completely taken advantage of by people who don’t have my best interests in mind.

I have experienced what it feels like numerous times not to be listened to and not to be taken seriously especially by people who were in a position to guide me or offer me help.

I suggest that if any of you reading my blog get a nagging gut feeling within you that some path isn’t right for you that you honor yourself first and pay close attention to your body’s signals.  If you feel nauseous or sweaty or truly ill before a decision you’ve made you may need to change your intended course of action and back away and try another alternative plan.

No one will be able to predict an outcome for you because we always have free will and the ability to change our minds frequently.  In honor of Father’s Day seek out answers within you more often.  Never question your own intuition and never put all your faith in one entity or one set way of doing something.

In honor of Father’s day learn to create sacred space within yourself first. When you wake up each day keep track of your thoughts.  Are you sending comforting thoughts to yourself and your physical body or are you silently criticising yourself ?

You alone carry all the answers within you and you alone intuitively understand how and where to begin the process and long journey of self healing and renewal.

The true intention of tantra massage is Not about achieving orgasm; it is about activating your ability to feel pleasure!

Everyone wants to know what it feels like to achieve a full body orgasm but few people understand that the true intention of tantra massage is to attain greater body awareness, mindfulness and a better connection to your own body. How do we learn to let go of our expectations? We learn to let go of our goals by simply focusing on our body. If you can be still and relax in the moment during a tantra healing or a tantra massage your body will feel “safe” and you are then giving your body permission to do what it needs to do to let go and feel blissful.
Bliss can either be attained through a yoga class, meditation, tantra massage or any pleasurable activity that takes you away from your ego or your mind. Yes I know this sounds very esoteric or erudite but tantra massage is so much more important than just a bodily response to pleasure.
It is true that we trigger all our pleasure zones or centers during a teasing tantra massage and light touch can be just as healing as a deep sports tissue massage. Never underestimate that a light, sensual stroke can uplift your spirits and heal your heart center in a way that is far more profound than a swedish massage. I recommend that if you are to fully appreciate a light touch you let go of all your prior expectations of what you have heard about tantra.
Some people are under the misconception that tantra is just about the sensual pleasure and the art of Eros; but true tantra is a spiritual journey and a real oasis you can return to often anytime you wish to balance out your body’s desires to be held sacred and your raw sexual energy. I would not go into a tantra ceremony with a long list of goals but focus on the breath and the results you achieve gradually over a few month’s time.
One needs to be patient with their tantra teacher and once you realize that the orgasm is simply a wonderful after affect of the energetic process of sensual awareness you can overcome your sense of fear and your lack of confidence with others.
You approach a tantra massage with an open heart and a willingness to learn more about yourself and your boundaries. If a touch is exceedingly pleasurable this is where you want to stretch out the breath and try and enjoy the sensations without guilt and without judgment. Do not think of having an orgasm. The major goal here is to feel a sense of being out of your body and out of your own mind. Do not think, do not doubt and just let the sensations unfold slowly. When you begin to feel numbness or tingling or warmth that is a good sign that your energy centers are beginning to communicate with each other and your sexual energy is traveling through all the different conduits slowly. Do not be disappointed with yourself if you only feel numbness. Do not worry if nothing seems to be build into the ultimate pinnacle of pleasure. You should relax and breathe in every sensation allowing the energies to flow where they need to be because energy tends to congregate in those areas of your body that needs the most healing.

Tantra is about renewal, regeneration and being fully present in each moment. We need to be patient with ourselves no matter how much or little we feel during a tantra ceremony. It is important to know that our body’s are wise and our body’s have an innate knowledge of what we are ready to experience regardless of whether we are able to achieve orgasm or not. 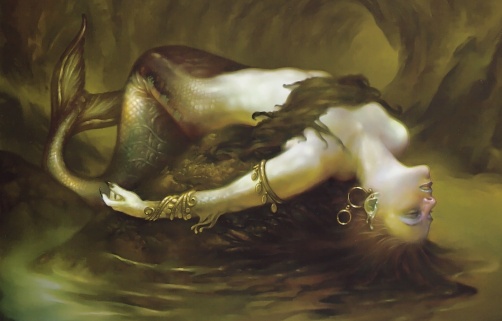